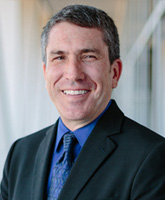 President and COO of the USAF Academy Association of Graduates

Marty Marcolongo graduated from the United States Air Force Academy in the Class of 1988, with a bachelor’s degree in International Affairs. After graduation, he became an Intelligence Officer and served in a variety of positions, including a tour at the Pentagon as a Russian Analyst. During his service time, he earned a master’s degree in Russian and East European Studies.

In 2001, Marty went to work at the USAF Academy Association of Graduates as the constituent liaison in charge of chapter outreach and membership. Over the past 20 years, he has held various positions including Vice President of Alumni Relations, Chief Operating Officer, and his current position as President.