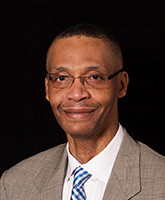 Will A. Gunn is the owner of W. Gunn Consulting Services, which helps clients overcome management and leadership challenges and pursue contracting opportunities with government agencies. From 2009-2014, Will served in the Obama Administration as General Counsel for the U.S. Department of Veterans Affairs. As VA’s top lawyer, Will supervised more than 450 attorneys and had overall responsibility for all of the Department’s legal work. Will also served as a White House Fellow in the White House Office of Cabinet Affairs during the George H.W. Bush Administration.

Will graduated from the United States Air Force Academy in 1980 with military honors and he is a 1986 cum laude graduate of Harvard Law School. While at Harvard, Will was elected President of the Harvard Legal Aid Bureau, the nation’s oldest student-run legal services organization. He has a Masters of Laws degree in Environmental Law from the George Washington University School of Law and holds a Master of Science degree from the Industrial College of the Armed Forces. Will retired from the Air Force as a colonel in 2005 after serving as the first-ever Chief Defense Counsel in the DoD Office of Military Commissions where he established an office to provide criminal defense representation for detainees at the Guantanamo Prison Camp. After leaving the Air Force, Will was named President and CEO of Boys & Girls Clubs of Greater Washington where he led one of the largest affiliates of Boys & Girls Clubs of America.

Will has held several leadership positions in the American Bar Association (ABA) including service as Chair of the ABA’s Commission on Youth at Risk. He has served on the board of Christian Service Charities and was a founding board member of the Air Force Academy’s Way of Life Alumni Group. Will has received numerous awards and honors including an honorary doctorate from Nova Southeastern University Law School, the Harvard Legal Aid Bureau’s Outstanding Alumni Award, the ABA’s Outstanding Career Military Lawyer Award, and the US Department of Veteran Affairs Exceptional Service Award.

Will is married to Dawn, his wife of more than 30 years, and has three adult children. He also serves as a deacon in his local church.